LINK to the full story:
http://www.motherjones.com/politics/2013/12/reverend-moon-unification-church-washington-times-secret-son 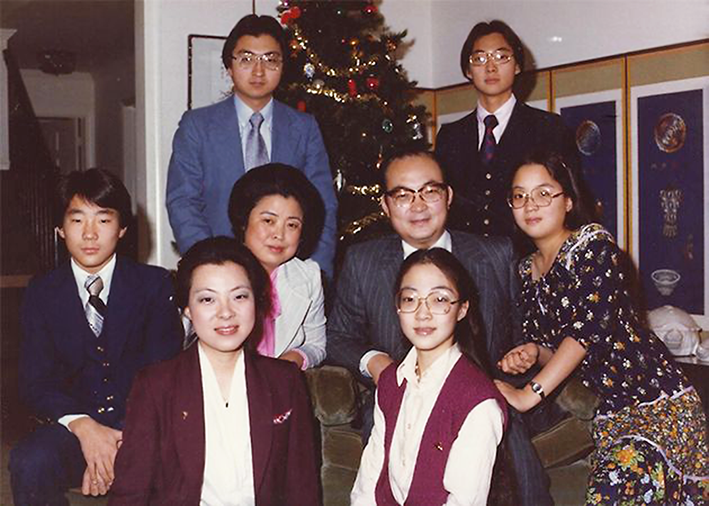 ▲ Sam Park, on the left, with the Pak family. 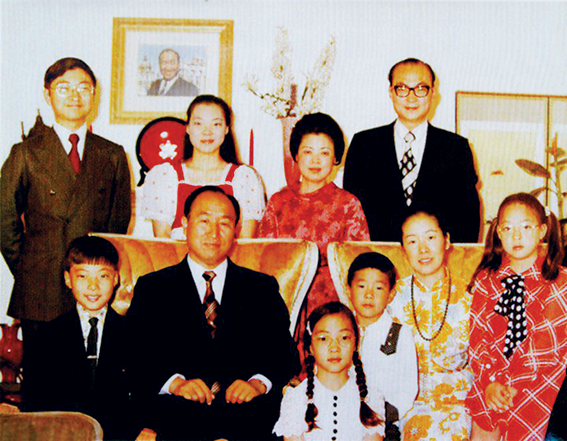 ▲ Sam Park, wearing a white shirt, is sitting next to Hak Ja Han who had to endure her husband’s adultery. Sam Park was born on January 28, 1966, six years after the 1960 “Marriage Supper of the Lamb” between Sun Myung Moon, the Lord of the Second Advent, and Hak Ja Han. It was some years after this photograph was taken that Sam Park discovered who his real parents were. 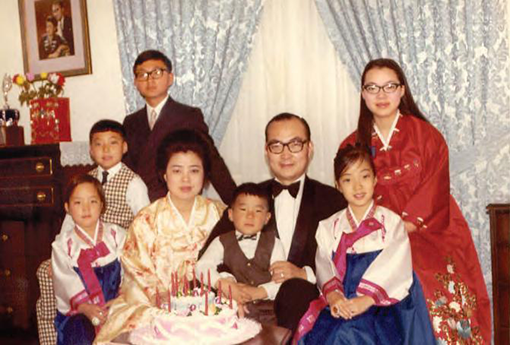 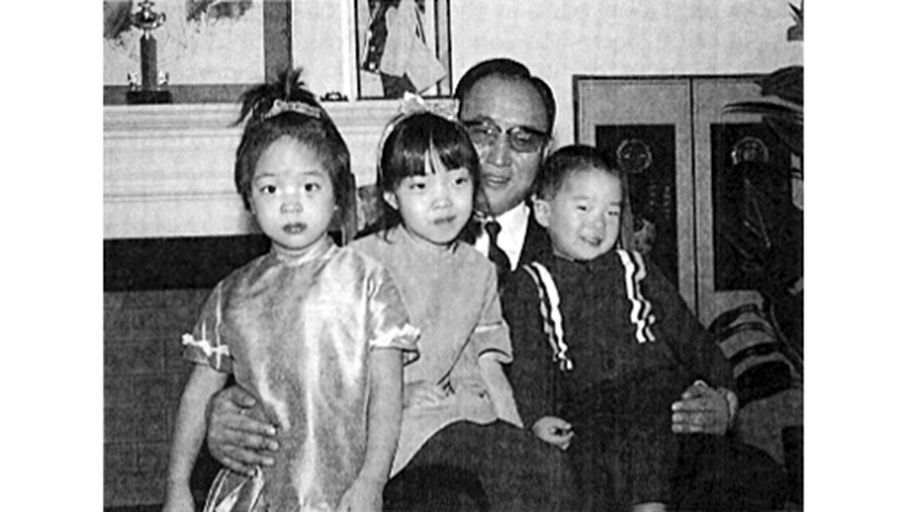 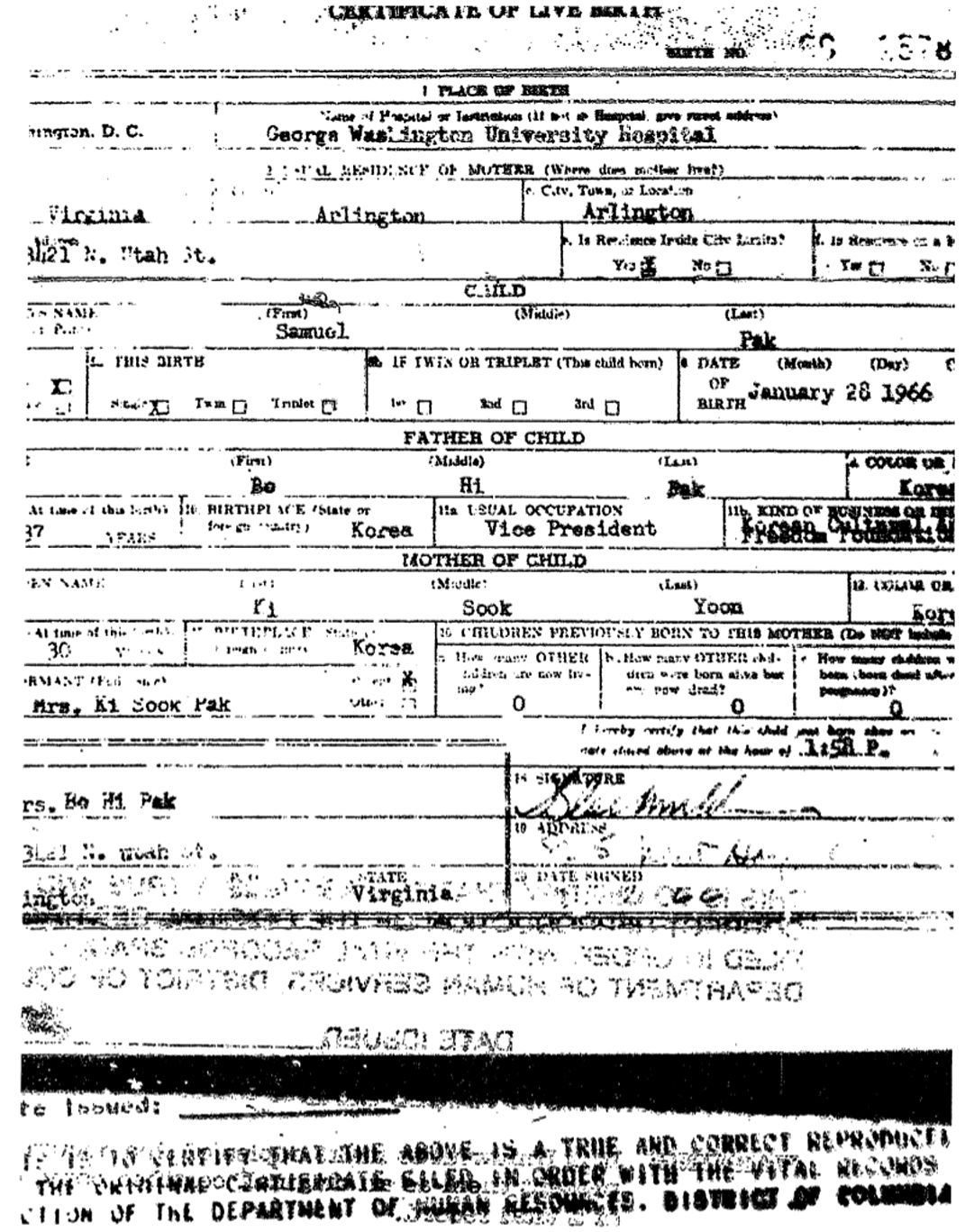 ▲ Annie Choi, with the lilac scarf, standing next to Reverend Sun Myung Moon in Washington, DC, at about the time he got her pregnant in the spring of 1965. Rev. Moon stayed in the area for three months and only left when he knew she was pregnant. Bo Hi Pak is on the right and Mrs Pak is on the left.

Karen Alleyne Taylor: “In 1987, my husband told me something shocking he had kept secret for about two or more years. Steve was close to the Ocean Church national director, Kenji ‘Daikan’ Ohnuki … Daikan began to confide in him as he had planned to leave the church and concentrate on supporting his family. He offered my husband this advice, “Steve, don’t have a beggar’s mind”.

What he confided in Steve shocked him when he first heard it. They were in Daikan’s car leaving the New Yorker Hotel for Tarrytown. During the drive suddenly Daikan began to reveal something Steve never expected to hear. Daikan related his experience back in 1965 in Washington, DC. He had driven a young Korean woman to see Sun Myung Moon at a private home. When he returned to pick her up and drive her back to her home, she confided that she had just had sexual intercourse with Mr Moon.

Steve was shocked and confused at hearing this explosive claim and he sat on it, never sharing it with me until years later when we left New York for Santa Barbara, California. Daikan paid us a visit and this stirred up Steve’s memories. We lived in our own home and were were not in contact with the church at that time and I suppose he felt it was safe to share this information with me.

I was gobsmacked and I couldn’t believe it. I thought it was just Daikan’s invention, but little did I know how right he was. I now believe he drove Annie Choi to have sex with Sun Myung Moon at the Pak home [Bo Hi Pak], which is where I believe Sammy Pak Choi Moon was conceived.

This incident should make all Unification Church members question every part of the beliefs they have upheld. Was Mr Moon a sinless man? Did he practice what he preached? Should members simply believe everything they are told, or have they been deceived?

I believe it’s time for objective examination and the end to decades of deceit.” 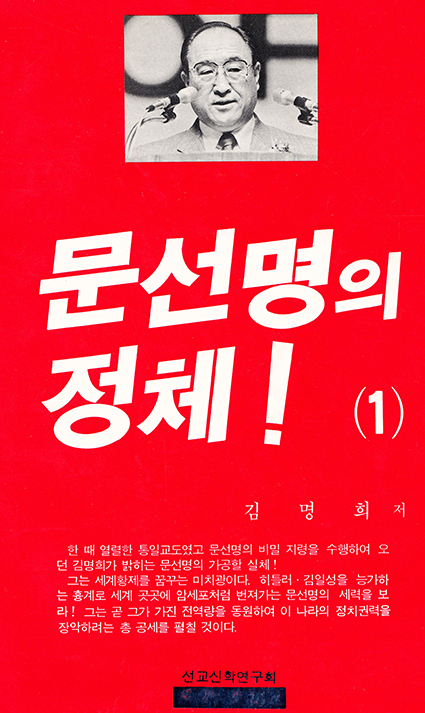 The Identity of Sun Myung Moon (1) by Myung-hui Kim

The horrible reality of Sun Myung Moon is revealed by Myung-hui Kim. He was once an avid believer in the Unification Church, and carried out secret orders from Sun Myung Moon himself!! …

Sam Park responds to feedback from his 2014 presentation

Moon’s first wife, Choi Seon-gil, and Kim Deok-jin interviewed
This interview with Sun Myung Moon’s first wife, Choi Seon-gil / Choi Sun-kil reveals his character. She caught him having pikareum sex with two women and she fought her husband because his behavior went against everything she believed. He kicked her. Moon’s academic record was a fraud. A key early UC member, who wrote many “Holy Songs,” corroborates her story.

The six ‘wives’ of Sun Myung Moon
Reverend Moon saw himself copying the life of the Biblical Jacob – who had two wives, Leah and Rachel. Moon married Kim Myung-hee while still married to his first wife, Choi Seon-gil. He married Hak Ja Han in 1960, and married Annie Choi in 1964 while still married to Hak Ja Han. Choi Seon-gil and Kim Myung-hee and Annie Choi all gave birth to sons fathered by Reverend Moon.

Sung-jin Moon sent out letters in 1974: “My father is a fake Second Coming Messiah”

The Fall of the House of Moon
Sex rituals, foreign spies, and the Unification Church’s war-torn first family.