Her well-written 1994 book is titled, When love turns out to be not true 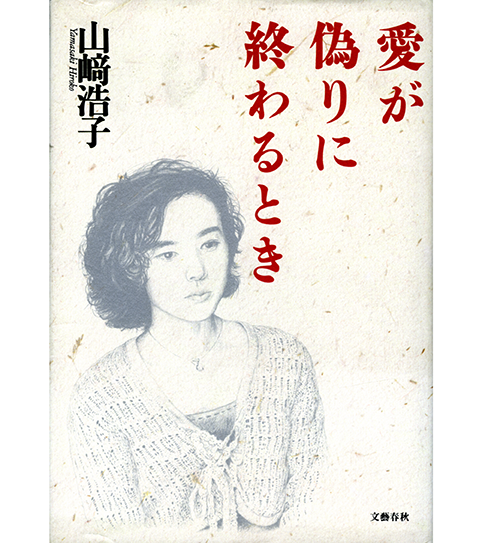 Translated from the Japanese:

Hiroko Yamasaki, whose name was well known in women’s rhythmic gymnastics, was born on January 3, 1960 in Kagoshima Prefecture.

After school she went to the Tokyo Women’s College of Physical Education and came to be referred to as the “queen of rhythmic gymnastics”. She was the individual overall winner of the All-Japan Championships for five consecutive years, from 1979 to 1983. Until now this is an unbroken record. 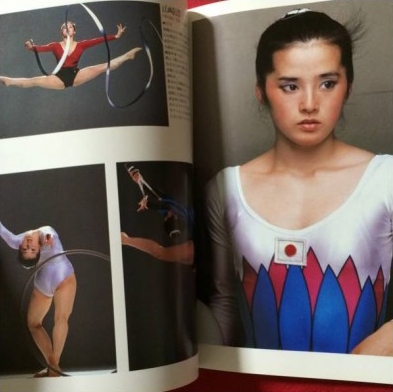 Her feat stirred up a boom in rhythmic gymnastics and it became a hot topic as a new sporting event.

Rhythmic gymnastics first appeared as an Olympic sport at the Los Angeles Olympics in 1984. Yamasaki participated representing Japan; she finished eighth overall in the individual field. Her accomplishment boosted rhythmic gymnastics as a popular sport.

Yamasaki took 20th place in the individual events at the World Championships at the 1979 London Games. Two years later she took 12th place at the Munich tournament. After taking 34th place in the Strasbourg tournament of 1983, people started to think that she had reached her limit.

She made a brilliant comeback at the Los Angeles Olympics, finishing in 8th place. However, Yamasaki retired that year and opened a rhythmic gymnastics school; she was also active as an entertainer in quiz shows on TV.

After that she joined the committee to promote rhythmic gymnastics at the Athens Olympics as deputy general director. She is now the Director of the Japan Gymnastics Association. 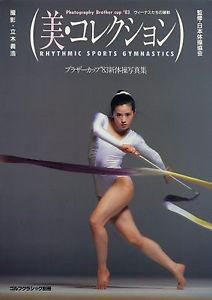 The Australian:
February 1999: “TWO young women – one an Olympic rhythmic gymnast, the other a famous singer-actress – found God and salvation in a church that promised to find each of them a dream man. In a blaze of glory nearly seven years ago, their arranged marriages assured the future of the Unification Church – the Moonies – in Japan.

Now the experience of one of them, 1984 Los Angeles Olympian Hiroko Yamasaki, is an example for the 4,000 Japanese Moonies married yesterday at a mass wedding in Seoul.

After the Reverend Sun Myung Moon founded the Unification Church in Seoul in 1954, the church was set up in Tokyo in 1959 and was registered 1969. But it really took off in Japan after Ms Yamasaki, then 32, and “talento” entertainer Junko Sakurada joined 20,000 others from 131 countries in the church’s mass arranged wedding in South Korea in August 1992. [Atsuko Tokuda, a Japanese world-class badminton player also attended. There was a media frenzy in Japan about these three people, especially the women.]

Ms Sakurada disappeared from public life soon after the ceremony. She is happily married with three children and wants to stay out of the limelight, a church spokesman says. [In 2017 she decided she wanted to make a come-back.]

Within seven months of the wedding Ms Yamasaki, too, had disappeared – but without telling her new husband Hideyuki Teshigawara, then 28. He filed a missing person’s notice on March 10, 1993. Police began a 46-day search amid rumours Ms Yamasaki had been kidnapped or run away from the church. [In response to the efforts of her family and a pastor, she decided to reconsider her membership and left.]

Then on April 21, 1993 she appeared at a dramatic nationally televised news conference attended by nearly 200 journalists. She said, “Everything was a mistake”. She announced her decision to leave her marriage and the Unification Church. 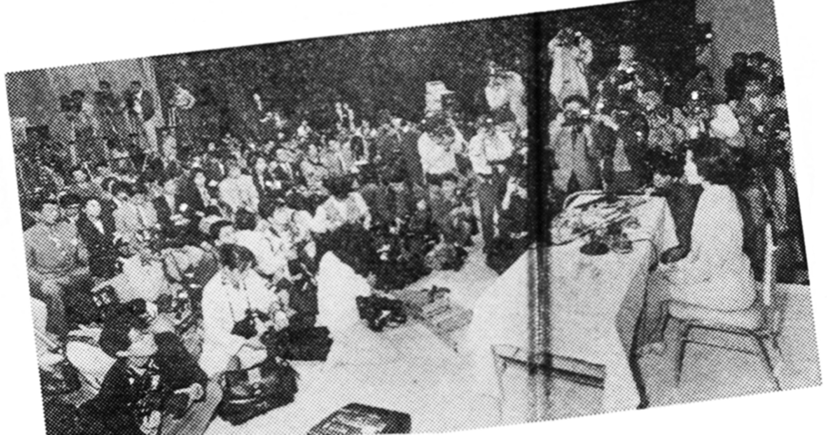 “I was placed in a world of delusion where people’s minds were being controlled,” she said later. “So I still cannot figure out to what extent the affection I felt towards Teshigawara was real.”

She has had support. “Only people who have been deeply involved in the activities of the organization can understand how serious the problem is,” a person who knows Ms Yamasaki told The Australian at the weekend. “Outside people will not understand. To persuade the people to get out is extremely difficult. It may take a whole life.”

About 40,000 couples from across the world were due to be married in the Seoul ceremony yesterday, but most were already wed and simply reaffirming their vows. The church spokesman said this mass wedding would not be as important for Japan, “without any talento.” Yet 12,000 Japanese Moonies paid their airfares and accommodation on top of a 1.4 million yen ($19,178) donation to the church to participate in a four-day festival that culminated in the ceremony.

The Moonies suffered from Ms Yamasaki’s disappearance and a backlash against cult religions following the 1995 sarin gas attack in Tokyo by the Aum Supreme Truth sect. They have been ordered to pay damages to women who were coerced by Moonies into giving donations. Yet the Unification Church still has many members in Japan. 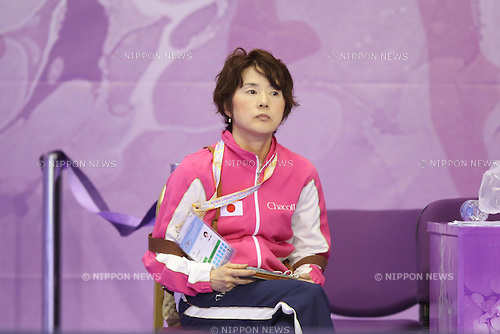 ▲ In 2014 Ms Yamasaki was the national coach of the Japanese women’s rhythmic gymnastics team.

Translated from the Japanese:

The faith people have to guide their lives

Caught in the Unification Church, and how I escaped from there ― An honest testimony of love and conflict, written from the heart by one woman who tried to live up to her ideals!

I set foot in the religion in January 1989. On that day I had in my hand an expensive seal. A set of three cost me 1.2 million yen. I thought that was a very high price. However, I considered doing this would improve my fortune – which I had been told was going downhill. If the path I was going on continued, I felt the rhythmic gymnastics school I had begun would end up in disaster. (It’s fine if I end up being deceived.)

In exchange for the enormous sum of 1.2 million yen, I was made to bear an incredibly heavy destiny.
(extract from the book)

The Ungodly Gains Of The Unification Church, The World’s Greediest Church